Pickens Technical College offers an excellent and ever-evolving Advanced Manufacturing program for people who want to enter yet another thriving field. The skills you’ll learn from either Sean Hennessy or Michael Townsend will translate across many disciplines, and the work you’ll perform in the classroom and in the Job Shop (where you’ll work on real manufacturing projects for customers) will take you far in a state with many opportunities to people who have a background in manufacturing.

Knowing how to make things that work will never go out of style, but there’s a rising employer in this field that could give you a huge opportunity to build a career and create more opportunities for yourself. The US Army is reportedly making a huge investment in advanced manufacturing in the coming years, incorporating more advanced manufacturing techniques. This new emphasis will extend from advanced engines created by defense contractors to deployed troops who can use three-dimensional printers for use in the field.

The Army is ramping up its emphasis on advanced manufacturing because its representatives have seen huge improvements and new inventions change and disrupt entire industries and they’ve been on the outside looking in. There’s no reason why Army personnel can’t develop the same skills and abilities that private industry workers have.

Deputy assistant secretary of the Army for strategy and acquisition reform Alexis Ross said at an annual conference in Washington, DC that their competitors, particularly the Chinese, have already made huge gains in the advanced manufacturing sector.

What this means is that the Army will be looking for new recruits or officers with experience in advanced manufacturing. Almost anyone can join the Army, but if you join with a background in advanced manufacturing, you’ll find it much easier to advance and reach positions within this massive organization that can set you up for life. Plus, you’ll be at the forefront of new technology and possibly a shift in the way the entire Army operates.

The Pickens Advanced Manufacturing course does more than enough to prepare you for many careers as an entry-level machinist or manufacturing specialist. With more inventions coming from the Army that need to be tested and built at large scales, your experience in the advanced manufacturing sector will come in handy.

Obviously, the Army isn’t for everyone, but the fact that a major branch of the US military is making a point to improve their advanced manufacturing capacities makes it a viable option for many people who wouldn’t think of the Army as their first choice after college. If nothing else, new investment in advanced manufacturing by the armed forces is a sign that these skills and jobs aren’t going away anytime soon. 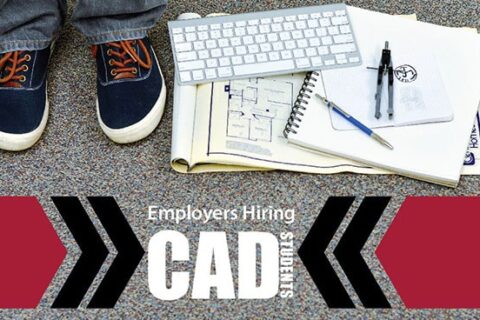 If you didn’t know by now, Pickens Technical College’s Computer-Aided Drafting (CAD) program trains students for long careers in the…