In Pickens Technical College’s Culinary Arts program, you’ll develop the ingredients of a long and successful career as a chef. While many pursue this career with dreams of globetrotting and eating exotic foods like the late Anthony Bourdain, the possibilities for skilled chefs and culinary workers are endless. There are many ways to be successful in the food industry and many paths to long careers.

People need to eat and find jobs, so there will always be new ways to help the community with great food and opportunities. One shining example of how to build community with food is the work of the Full Battle Rattle Deli, which first opened its doors in October in Aurora.

Full Battle Rattle Deli is the brainchild of US Army veteran Michael Gropper, who created a nonprofit organization to go along with his food truck that helps struggling veterans find employment.

Gropper’s employment organization is the Culinary Arts Boot Camp, which trains veterans on how to work in the food industry by placing them at the Full Battle Rattle truck and paying them a regular salary. After 11 weeks of working at the food truck, Gropper and his team help find their regular employment in the Denver area’s burgeoning food scene.

Although Gropper is primarily focused on helping veterans assimilate themselves to civilian life, he says the program is open to anyone going through tough times.

“It’s aimed at anyone who’s served in the military, and who’s either homeless or struggling to transition back into civilian life, but we’ll take anybody,” he said. “If we have people in a homeless shelter who need help getting on their feet, we got your back, if you’re ready to take that second chance.”

As of now, Gropper’s operations are strictly mobile, but he hopes to one day open a stationary commercial kitchen to serve as a training ground for cooking and job-readiness classes. Gropper teamed up with ReHire Colorado, an employment program administered by the Colorado Department of Human Services, to find willing workers.

The Full Battle Rattle Deli serves Brooklyn-style sandwiches. Its location changes, of course, but its primary location is outside of People’s Pawn and Jewelry in Aurora at 11430 E. Colfax Ave.

Participants train and work in the food truck, learning how to work in a kitchen with orders constantly streaming in, and they help promote the brand by learning basic marketing and branding tactics.

Your time in the Pickens Culinary Arts program prepares you to be a skilled food worker and eventually build up the experience and ability to open your own restaurant one day or start a unique organization like Full Battle Rattle Deli. Food has an amazing power to provide opportunities and bring people together on a community level.

Food skills are translatable anywhere, and with the skills you’ll learn from Pickens Culinary instructor Tiffani Schans, you’ll be able to realize your dreams in this industry in Colorado and beyond. 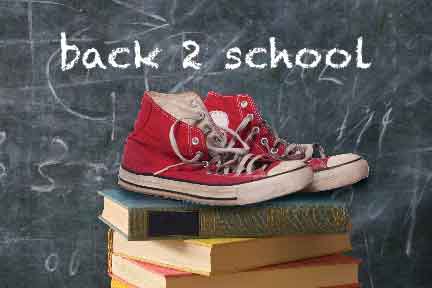 It’s August, people, and like it or not, it’s nearly time to go back to school. Here at Pickens Technical College, we’re all excited to get…