If you’re wondering what kind of job market exists for diesel mechanics or whether you should take Randy Kubick’s Diesel Technology course at Pickens Technical College, don’t hesitate to make your move. There are hundreds of opportunities out there for motivated and skilled diesel workers. The trucking industry is still vital to the US economy, and here in Colorado, it’s very much alive and well. Truckers need their rigs to work, naturally, so they need mechanics specialized in the art of maintaining and repairing diesel engines, and that’s unlikely to change anytime soon.

Kubick’s course offers you the opportunity to work on real diesel engines and learn how the industry is changing and shifting so that when you reach the job market, you’re ready to start earning the kinds of wages you’ve likely heard about for diesel mechanics right out of the gate. You’ll learn how to solve problems and understand the reasons why they become problems at all at PTC’s Diesel Tech course.

Changes are starting to affect the diesel technology industry, however, with new legislation in California that could be a model for other states like Colorado to follow in the coming years.

California Governor Gavin Newsome signed Senate Bill 210 in September 2019, making his state the first in the nation to require regular smog testing on tractor-trailers and heavy-duty diesel trucks. This initial bill is only a pilot program, with the California Air Resources Board to start testing diesel vehicles in a similar way to how it tests all California vehicles six years and older for smog checks. Colorado has similar tests for normal gas-burning vehicles as well.

But large trucks were exempt from regular smog checks until the new bill was signed. According to the California Air Resources Board, heavy-duty trucks made up 60% of the state’s smog-causing nitrogen oxygen emissions. It also estimated that the new pilot program could eliminate the equivalent of 145,000 trucks’ emissions.

Support and opposition in California followed the normal lines. Opposition to the bill was led by trucking organizations and companies, who complained about the cost of the new tests affecting their ability to survive. Support came from health and environmental groups like the American Lung Association and the Sierra Club California.

Could Your Future Job Be Affected?

With Democrat Jared Polis in the Colorado Governor’s Office and a decidedly blue legislative body behind him, expect to see more environmental regulations come down in the next few years, even in a state with major energy investments. Whether the trucking industry in the state will be targeted is anyone’s guess, but there could be developments in California that could one day affect our state.

Keep an eye on how the trucking and diesel maintenance industries respond to the new legislation in California. Will a move like this cripple the industry? It’s unlikely, but regulations like this will at minimum cause changes that will be felt by everyone involved in diesel trucks, including mechanics. Look for mechanics to take a larger role in the trucking industry as passing smog tests becomes more important and trucking companies look for people who can help their trucks pass these kinds of inspections. 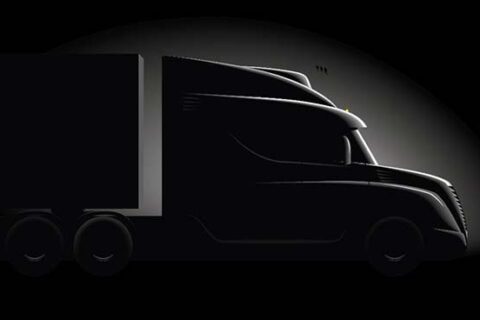 With many industries reeling or shutting down completely in the wake of the COVID-19 outbreak, it’s tough to see the light at the end of the…