Pickens Technical College’s Photography program prepares students to make a career out of their passion for capturing interesting, provocative images. If you enroll in Pickens’ Photography program, you’ll learn not only how to work with film and digital photography tools. From developing your film to learning how to use common photography editing software, you’ll finish the program with the skills to start your career as a professional photographer and a portfolio to get you started.

What sets Pickens apart from similar programs is that it has a strong connection with the metro Denver community. Instructor Erik Schubert takes his students into the field to shoot and connect with community partners. Pickens as a whole takes community involvement very seriously and keeps tabs on issues facing working photographers in the state, particularly photographers just starting in their careers.

One story causing controversy in the world of Colorado photography was the policy of charging visitors $500 to professionally shoot photographs in Garden of the Gods Park. After public outcry rose and a petition with thousands of signatures made it to the Colorado Springs City Council, the park’s representatives clarified its position, saying that the permits wouldn’t apply to professional and amateur photographers in Garden of the Gods. It was considered a win for local photographers, but other businesses, such as tour bus providers, will have to pay fees to access the park, a change from previous years.

Confusion in the Local Photography Community

When the new fees were first reported in January, many professional photographers protested. The new rules appeared to require all professional and amateur photographers to pay a $500 fee to shoot in the park. Callie Riesling, a Colorado Springs photographer, organized a petition to repeal the new fees. “Right now this is the most expensive permit in the state. This is more than Rocky Mountain National Park, this is more than any of the Denver Counties or Boulder County or any of them. I could go get three permits for the amount of this one,” she said at the time.

After the petition received over 18,000 signatures by mid-February, Jan Martin, the president of the privately-held Garden of the Gods Foundation, clarified the new fee rules at a City Council meeting, saying that photography wasn’t intended to be a part of the fee structure. Permits and fees are still required to take pictures at Rock Ledge Ranch, but the rest of the park, aside from areas being restored and other restricted access points, are fair game for photographers.

If anything, this drawn-out case of miscommunication shows how the local professional photographer community can coalesce around a potentially threatening issue. If the photography fees were enacted in the way that Riesling and her supporters thought they were, it would have barred some fledgling photographers from shooting in the most sought-after and beautiful location in the area. The uproar and the 18,000 signatures show how powerful being a part of a community and participating with others can be.

If you’re interested in joining the Pickens Photography program, you can take a lesson from the anti-free petition: When you’re invested in your community, they will support you. 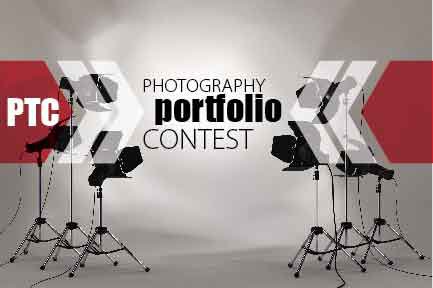